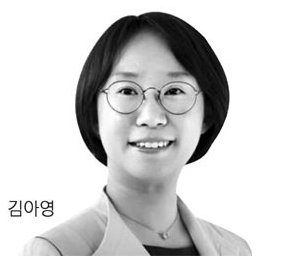 New Faculty at SNU in the Last 1 Year
Of 181 Total Faculty Members, Women Make Up 25%
Winds of Change at Top National University

"As we see a rise in women engineers with excellent achievements, their roles are also expanding. I encourage female students to challenge themselves and open the doors for their juniors.” (Prof. Sungjoo Lee, newly appointed at SNU Dept. of Industrial Engineering)

Glass ceilings of SNU Engineering where women faculty were scarce, especially Mechanical Engineering and Industrial Engineering, are slowly breaking. College of Engineering has the lowest percentage of female professors—4%—among the entire university, but it appears that things are changing for the better.

SNU is planning to increase their number of women faculty so thate in four faculty member is female (25%) by the year 2030. They are also making efforts to appoint more women in key positions including deans and directors.

On August 13, according to SNU, the total number of newly employed women faculty in last year’s fall semester and this year’s spring and fall semesters this year is 45, 24.8% out of 181 new faculty appointments. Compared to last October, when SNU faculty werely 17.7% female, this is a big increase. Dept. of Mechanical Engineering and Dept. of Industrial Engineering will also be welcoming female faculty this fall.

“When I was an undergraduate at the Dept. of Mechanical and Aerospace Engineering, I saw the appointment of the first female professor in Aerospace Engineering. It was greatly encouraging,” said Prof. Kim, during a phone interview with Maeil Business Newspaper. “It is an honor to return to my alma mater to teach.”

“During my teaching career, there definitely has been a sharp increase in female students studying engineering,” she added. “I encourage anybody who wants to create new things—semiconductors, cars, buildings, dams—to venture into the field of mechanical engineering.”

“Since graduating from a science high school, I had been used to being in an environment where a majority of my peers are men. As a women engineer, I did not have a lot of mentors or seniors to talk to about things like marriage and childcare,” said Prof. Lee. “I have two sons, so it was quite challenging to balance parenting with my research. But since I am in a rapidly progressing field, there was a pressure to not give up work and keep going.”

Previously, two female professors have been appointed for the Interdisciplinary Program managed by Dept. of Industrial Engineering. Prof. Jina Kang was appointed as the first women faculty in the Technology Management, Economics, and Policy Program in 2005. After studying at KAIST as an undergraduate, Prof. Kang went to receive her MBA from the Wharton School of the University of Pennsylvania, then her Ph.D. from UCLA Anderson School of Management. Prof. Hayoung Park was appointed in 2007, who retired this year. Prof. Park graduated from the SNU Dept. of Industrial Engineering and received her Ph.D. from Yale University. She taught at Catholic University of Korea’s College of Medicine and the Graduate School of Healthcare Management before coming to SNU.

According to last year’s SNU Diversity Report 2020, the percentage of female faculty in College of Engineering went from 3.2% (10) in 2018 to 4.0% (13) in 2019, to 4.4% (14) in October 2020. The numbers are still drastically low, but the rate of increase is regarded as promising. “It is crucial to do away with the prejudice that engineering is not for women,” said Prof. Yoo Suk Hong, Vice Dean of Academic Affairs at SNU College of Engineering.

Last year, the Korean government revised the Public Educational Office Act, stating that the percentage of women faculty at national and public universities must remain above 25%. On July 27, Prof. Yu-Kyoung Oh took over as Dean of SNU College of Pharmacy, the first female Dean in its 106 year history.

Prof. Wha Sook Jeon (Dept. of Computer Science and Engineering), Chair of SNU Diversity Council, commented: “Recent years have seen an increase of female engineering professionals with superior achievement. Instead of neither deliberately excluding or selecting candidates the basis of gender, we pick the best candidate, who are often women.”